After garnering accolades from all sides for his performance in

is now all geared up for his next and he just cannot start shooting for the same. Arjun recently took to his

handle to share a goofy picture of himself with his fans. In the picture, Arjun is seen wearing a 2020 spectacle using a filter. He captioned it as, ‘Need to resume shooting ASAP’

Check out his picture here: 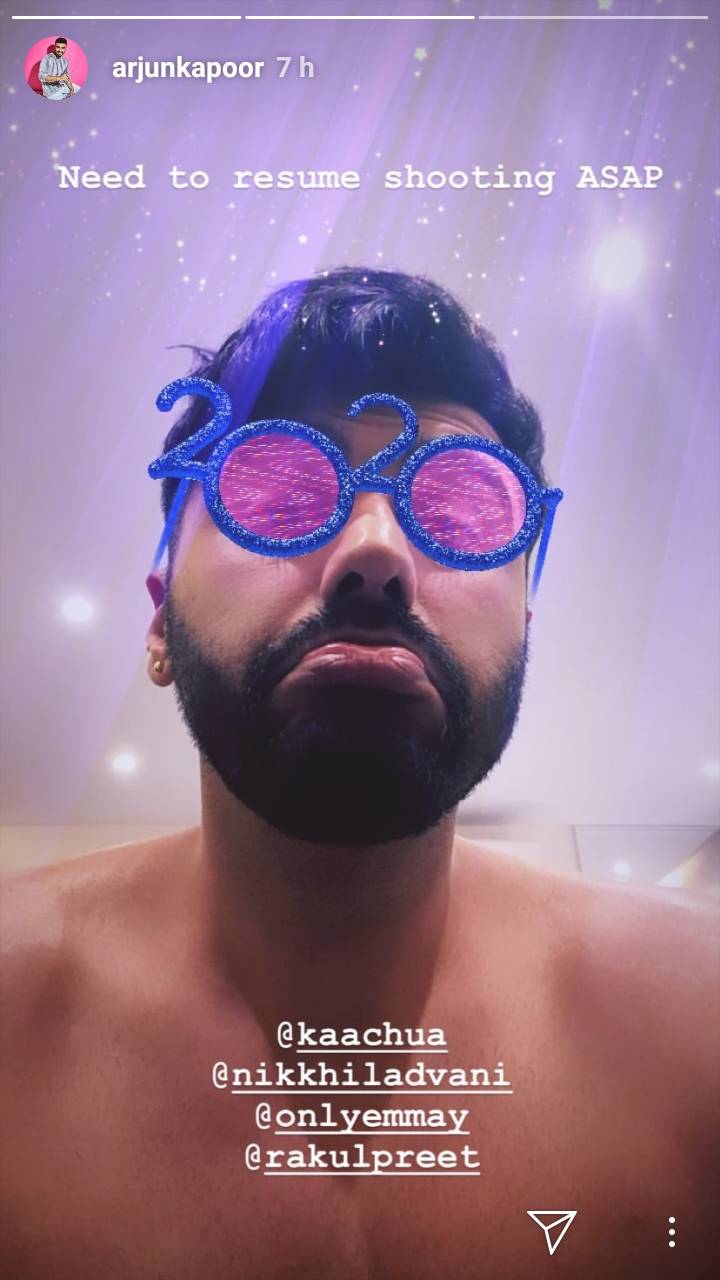 Arjun had earlier taken to his social media handles to share a photo, featuring him with his co-star Rakul. In the collage, made up of four pictures, Arjun and Rakul can be seen making funny faces. He captioned it as, ‘Picture Shuroo… other information bhi upload hogi soon…’ @rakulpreet @kaachua @onlyemmay @madhubhojwani @nikkhiladvani @TheJohnAbraham @bhushankumar @emmayentertainment @johnabrahament @tseries.official’

The film is yet-to-be-titled and is reportedly being touted as a family dramedy (drama+comedy). According to reports, it will be shot extensively in Punjab and Los Angeles. The story will revolve around cross-border romance.